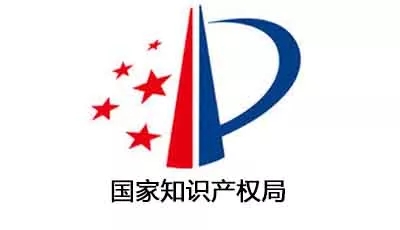 Recently, China National Intellectual Property Administration (CNIPA) issued the Notice of Accelerating Centralized Crackdown for Operation Blue Sky to Strengthen Patent Agency Regulation, highlighting Operation Blue Sky as a major task of the campaign of “Remaining true to our original aspiration and keeping our mission firmly in mind". With the consciousness of facing up to the problems and the courage of cutting edge inward, it strives to solve the acute problems existing in the development of patent agency industry, combat chaos and further promote Operation Blue Sky, so as to achieve great results by the end of August. The specific action plan is as below:

Local government departments will organize patent agencies and patent attorneys to conduct self-examinations in accordance with the key items of Operation Blue Sky, provide examination reports as soon as possible, and sign letter of credit.  Meanwhile, we will make effective use of joint punishment mechanism against discredit to improve credit records of patent agencies and patent attorneys, and promote the system of "losing credit in one place, restriction in every place".

Focusing on prominent problems of current patent agencies, such as doing business without a license, registering qualification for work without actual work, representing abnormal patent applications and soliciting business in underhanded way, local government will quickly investigate a number of typical cases of violations, especially strengthening investigation and prosecution of cases previously transferred by CNIPA and those that cause strong and widespread public concern. When necessary, CNIPA will play the supervisor role.

We will collect clues of illegal agencies from all fields and strengthen screening of agencies who have been operating business without a license for a long time. CNIPA will inspect those who have been conducting patent agent business in the form of a contact person and bring it to local government. Local offices will invest more efforts in regulating illegal agency behaviors based on the complaints received and clues found through daily supervision.

We will remind and talk with agencies identified by CNIPA for representing a large number of abnormal applications in 2018. If they are in the list again for the first half of 2019, we will cancel relevant policy support for them. For those officially identified for this illegal act in 2019 by CNIPA, we will file a case and conduct investigation before the end of August.

CNIPA will interview key forums and websites that release information concerning such acts, inspect them together with related departments as well as deliver violation clues to local government departments who will conduct investigation immediately and file the case before the end of August.

We will cooperate with relevant law enforcement departments to conduct investigation before the end of August for clues of such illegal acts, including false propaganda by "using the name of a staff member of a state organ", and defaming other patent agencies and patent attorneys to solicit business.

In addition, the Notice requires local government departments to strengthen coordination, and increase investment in all works and intensify efforts for law enforcement and promotion as well as for warning, so as to build an overwhelming momentum for this special crackdown campaign. And guidance and supervision of it should be strengthened, and anyone who is ineffective in advancing Operation Blue Sky and is slow or inactive through the whole campaign will be held accountable through a series of serious ways. Meanwhile, support and incentives will be intensified for those who have taken effective actions and accomplished obvious achievements.

Susan Ho, a patent attorney of Ronda, said, by the end of 2018, China had 2,195 patent agencies and 18,668 licensed patent attorneys. While patent agency industry develops rapidly, problems also emerge, such as registering qualification for work without actual work, doing business without a license and representing abnormal applications. They have disrupted industry order and posed new challenges for fair and effective supervision on this field.

Previously, CNIPA issued 18 letters of punishment consecutively to deal with illegal acts of representing abnormal patent applications, which aroused great attention in the industry. To foster healthy development of the patent agency industry, we need to both delegate power and strengthen regulation, a combination of two means. The newly amended Regulation on Patent Commissioning, which was put into effect since March 1 this year, strengthened government supervision on violations while the Measures for Administration of Patent Commissioning, taking effect from May 1, also make clear provisions for strengthening self-discipline of the industry and  supervision on patent agencies.

Susan also said, with deep implementation of Operation Blue Sky, CNIPA will place emphasis on establishing a diversified supervision system to strengthen regulation and improve efficiency. Violated acts will be effectively curbed and a law-based market environment will be built featuring credibility and survival of the fittest, thus bringing the industry on a healthy and fast-developing track.

At last, Susan concluded that to rectify and supervise patent agency industry, we need to change regulatory concept and innovate supervision methods in response to the new situation, new problems and new requirements the industry currently faces, a change from passive supervision to active regulation, from traditional means to information technology based regulation. Efforts should be intensified to make a breakthrough, to improve efficiency in cracking down illegal acts of doing business without a license, representing abnormal patent applications, registering qualification for work without actual work and soliciting business in underhanded ways and to earnestly push forward inspection work of "double random, one release", to boost development through regulation and supervision,  thus providing a robust support for comprehensively strengthening IPR protection.

Even the shortest journey can't be finished without taking the first step. IPR in the new era has a wider sky to explore. To improve it, we must seize the opportunity of Operation Blue Sky to deepen reform and innovation, strengthen governance capabilities, cleanse unscrupulous activities, and consolidate the wisdom and strength of society to advance innovation and development, building a robust foundation for the establishment of intellectual property power and high quality economic growth.